ONE NIGHT FOR DILLA

PSICOTRÓPICOS FESTIVAL - the powerhouse of the new Brazilian music in Berlin - presents two of the most eminet artists from the new generation of Brazil in Berlin:

AGNES
Agnes Nunes is today one of the biggest names of the new generation of MPB. At only 20 years of age, the soft-voiced young Bahian transits between musical genres such as MPB, forró and blues. Besides her vocal power, Agnes brings in her work several important issues, such as black empowerment, feminism and the fight against racism. In just four years of career, Agnes already has 28 songs released, a Golden Lion won at the Cannes International Festival of Creativity and a Brazilian Youth Award. In 2022 she released her first album, "Menina Mulher", performed at the prestigious COLORS SHOW with an original theme "Não Quer" and made her debut on the Sunset stage of Rock In Rio Brazil, in the show "1985: The Tribute", alongside Elba Ramalho, and in a special tribute to Elza Soares, alongside names like Gaby Amarantos, Caio Prado, Larissa Luz, Majur and Mart'nália.

MARI FROES
Mariana Froes is a Brazilian singer and songwriter. From Goiana, the artist brings compositions that carry a unique identity by moving through the Brazilian rhythms with sensitivity and insight. About her latest work, Rolling Stone Brasil comments "It is important to highlight the sensitive musicality of this artist (...) with each new single. There is a vast universe for Mariana Froes to explore. She has the gusto to spare". In the digital universe, the singer accumulates about 100 million views on YouTube and more than 700 thousand fans registered on her channel, conquering audiences in Brazil and beyond. With a large audience in countries like Colombia and Mexico, it is clear that Mariana Froes' music goes beyond borders. 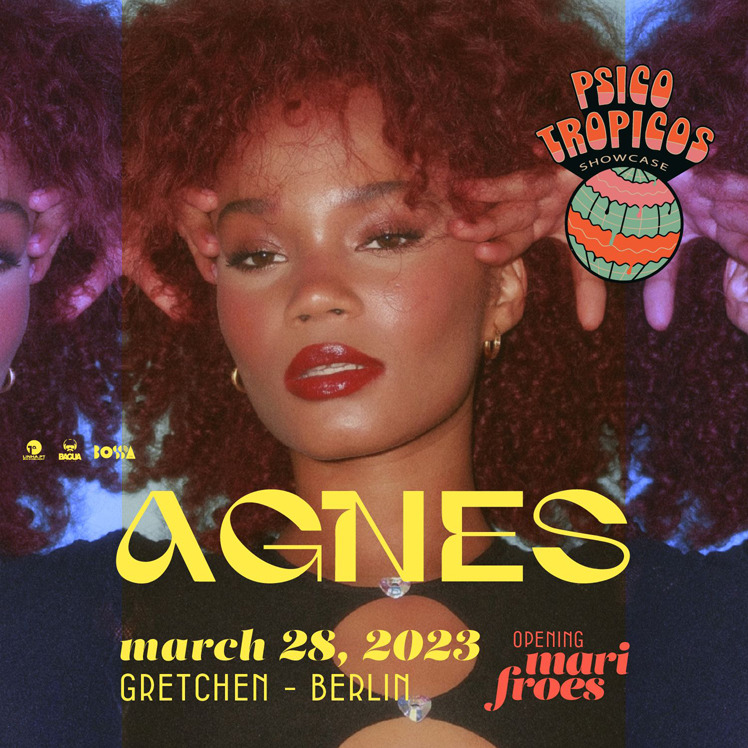